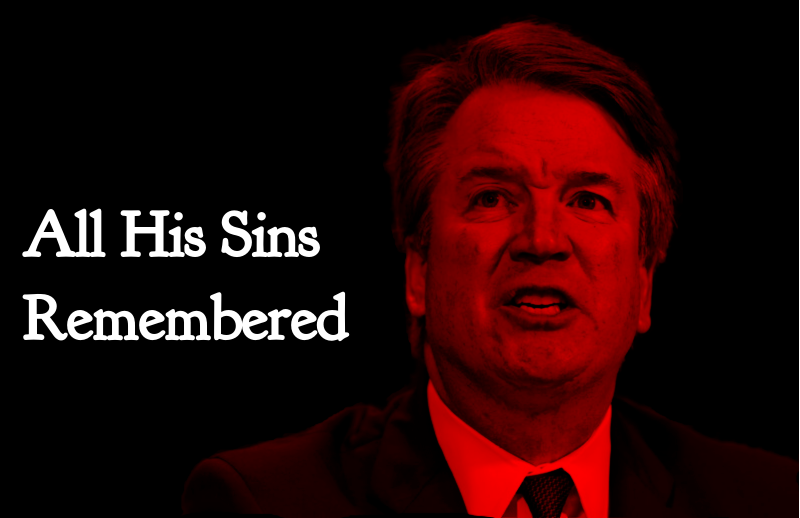 Brett Kavanaugh has absolutely no business being a justice of the Supreme Court.

It’s not that he’s a political hack with an ideological agenda. Quite frankly, despite all the smiley faced homages to impartiality and The Constitution, most of the justices who have inhabited the Supreme Court bench have had agendas and biases. Sometimes the biases and agendas of a justice change over their career, sometimes for the better. And while Kavanaugh is a hack with an agenda that I oppose, that by itself is not an absolute disqualifier. Elections have consequences, after all. Nor is the Republican caucus’ rush to approve him a disqualifier. It’s odious, but much in politics (and life in general) stinks. These are grounds for opposing Kavanaugh’s appointment and for remembering, for vengeance, those who enabled it but, in my humble opinion, they are not grounds for saying Kavanaugh has absolutely no business being on the Supreme Court.

Kavanaugh is a liar, to us and to himself: that is what disqualifies him.

You do not have to assume Kavanaugh is lying when he denies Christine Blasey Ford’s story to see his habitual untruthfulness. There is ample evidence that Kavanaugh has lied to Congress while under oath about numerous matters. This is not a crime, apparently. At Vox, long before Blasey Ford surfaced, Dylan Matthews outlined several instances of untruthfulness then asked a handful of law professors if these would constitute perjury. Errrr… not exactly… no… were most of the responses. But Ciara Torres-Spelliscy from Stetson University was perhaps the most forthright:

If federal prosecutors are really going after lying to Congress, that could open up an entirely new front of liability for lots of less than truthful witnesses. I doubt anyone at DOJ would have the moxie to go after Judge Kavanaugh for these statements. Whether as a circuit judge or if he gets elevated to the Supreme Court, the remedy to remove him is through the impeachment process, and I don’t see Congress having the stomach for that either.

Kavanaugh is not unique in this level of sleaze with regard to the Supreme Court. William Rehnquist and Clarence Thomas come to mind as comparable examples. No, what slams the scale firmly and absolutely to the NO side is Kavanaugh’s inability to be honest about himself. He did not even have the courage to listen to Christine Blasey Ford’s testimony before presenting his statement in reply. It’s clear that revisiting his high school years and confronting Christine Blasey Ford do more than threaten the prospect of an appointment to the Supreme Court. They threaten Kavanaugh’s own story about himself to himself and to his family. They threaten who he thinks he is. This is perfectly human, but it means Brett Kavanaugh will never be more than a toady to the Establishment: deadwood nailed to dogma and narrow class interests with little capacity for empathy, insight or enlightened compromise.

Others may argue that it is Kavanaugh’s loathsome behavior as a high school student that should not be in any way rewarded by an appointment to the Supreme Court, even decades later, especially when it comes to sexual assault — attempted rape, to be blunt. After all, this is the impulse behind the move to extend or repeal statute of limitation dates for such offenses. I won’t disagree, even though experience has shown and continues to show that lust makes people, men and women, stupid. Add youth and testosterone and alcohol and class privilege for an ever more toxic mix. That is not an excuse, but it does raise the question: What would restorative justice look like in this instance?

You tell me for I don’t know. 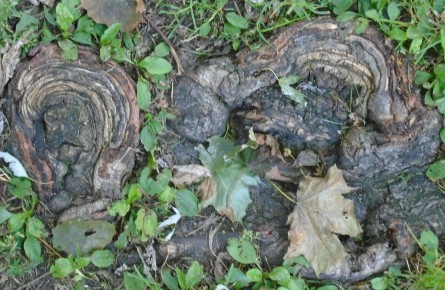 “I am forced into speech because men of science have refused to follow my advice without knowing why. It is altogether against my will that I tell my reasons for opposing this contemplated invasion…”*

* “At the Mountains of Madness” by H.P. Lovecraft.

Would that Dubya had been even half this bright…

This is a full length documentary but worth your attention. It mostly focuses on Britain and its tax havens, but the United States is revealed as a player as well.

If you watch this critically, you’ll note that not all the dots are well connected. For me, at least, it inspires a desire for further investigation. It’s also worth contemplating the connection between economics and politics.

doorway to a different earth…

Eat them up! Yum!

The “Fish Heads” video is a comedic surreal short by the group Barnes & Barnes, made famous by the Dr. Demento Show. Surreal is not for everyone and the original video was comedic mostly to those who laugh at absurdity… any and all absurdity.

The video is essentially a music video. Honestly, I don’t much like it, even allowing for the fact I don’t like music videos to begin with. The song, though, seems to have an irresistible hold on me, an unshakable ear worm that lurks like a sub-clinical infestation all my days. But when it echoes between my ears, I don’t see Barnes & Barnes fooling around with seafood but a chorus of cats circling my feet. Or my head. Singing “Fish heads, fish heads, roly poly fish heads…”

Even so, I regret the existence of this video. And if you dare, so will you.

When you’re an oligarch or wannabe, apparently; it is a way of saying, “I’m too big to care what you think.” This from Vox:

Eye of the cat,
Eye of regard,
Eye of the storm,
Calm before the pounce with
No “chuff chuff chuff”
Prayer for prey:
Spacetime for springers.*

* Space-Time for Springers is the title of a perfectly charming science fiction short story by the late Fritz Leiber. Yes, it’s about cats.