Why, I might be a proud parent, expect of course, I am not. There’s nonetheless an urge to be paternally proud at having seen two trees grow into a healthy adolescence, of a sort.*

This year has been particularly fine. It hasn’t been unusual for the trees to abruptly explode into blossom, a floral tribute to youthful drama, perhaps. But aptly enough it is usually a messy affair with a shadow of pedals like dandruff downwind and blossoms sickly aged from white into browns and ashen grays. Instead, the blossoms came quickly but remained. A steady breeze removed any accumulation of fallen pedals and removed them from the trees as well so that it seemed the blossoms were changing from white to green rather than falling away.

Calling the two trees “stately” would be a bit premature, imho, but compared to when they were first planted! Well. One could hardly call them trees. “Bush on a stick” would better resemble them though sparrows were heard to opine that they preferred actual bushes, thank you. And they were not alone in their judgement. A variety of foraging creatures bemoaned the lack of canopy. Still, the two were sweet, never failing a spring blossom.

This could not be said of the three trees these two had replaced. The previous trees had been of some endemic weed species that had grown into a dangerous hatred of the pedestrian. They had the habit of dropping sometimes sizeable, earthshaking branches, for the surprise value it seemed. Trimming them didn’t help. Sooner or later they were going to score a hit. They had to go.

I suppose the weed trees added some excitement to life, but that isn’t why I was sorry to see them go. If I loved them, it was for their canopy. It offered some security to creatures making a living from foraging. It offered a place to rest for creatures passing through.

Once, with the weed trees, a bald eagle stopped for a spell. It surveyed the street below that held more than a couple of small dogs protected by their leashes. It let out a horrific screech that surely got my attention but was uniformly ignored by the dogs and their humans on the street. The squirrels were nowhere to be seen. I swear they had advance warning of the visit and disappeared some fifteen minutes prior.

So what was my point, anyway? I think it was to share this spring’s graceful beauty and the context that provided some particular flavoring. It seemed to last forever with an echo…

*”expect” of course is a typo but delicious enough that I’m keeping it, thank you. 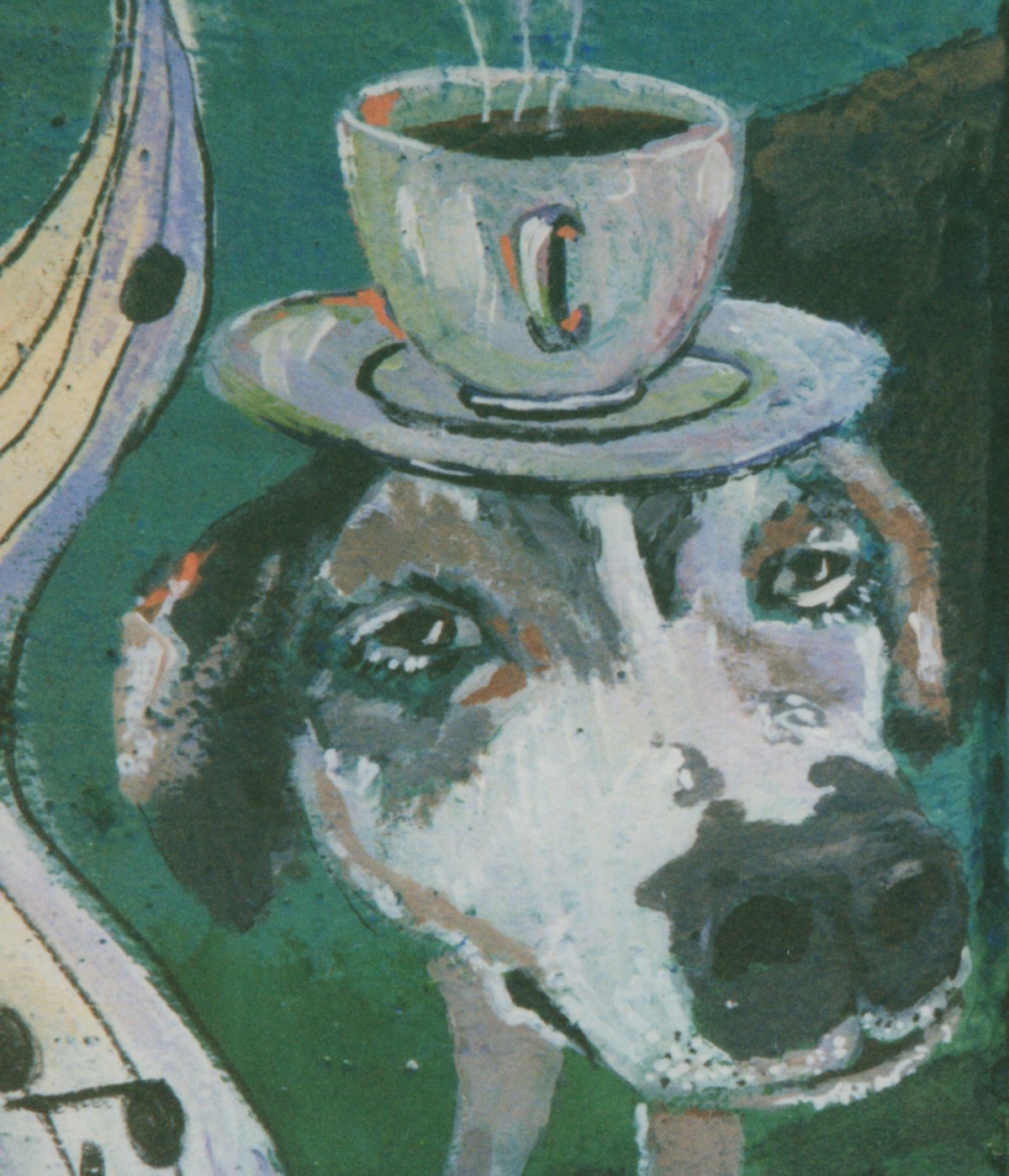 This door was part of the Hoffmann Tower and Dam complex in Riverside, Illinois. The Desplaines River had been dammed at that location for commercial power back in the 19th Century. My fuzzy recollection is that the Tower (and the smaller building featuring this door) were part of an amusement park (Niagara Park) established by a brewer in the first years of the 20th Century. The park didn’t quite make it through Prohibition. Apparently getting high was an indispensable part of the amusement and the Tower alone did not suffice. Its other claim to fame was that it was among the earliest reinforced concrete structures in Illinois. I don’t know the function of the Tower or this smaller building. You will note, however, an interior door from the modern aluminium exterior door and the doorbell to the right. My visit there was back in 2006. Since then I understand the dam has been removed. You can find more info at the Library of Congress. 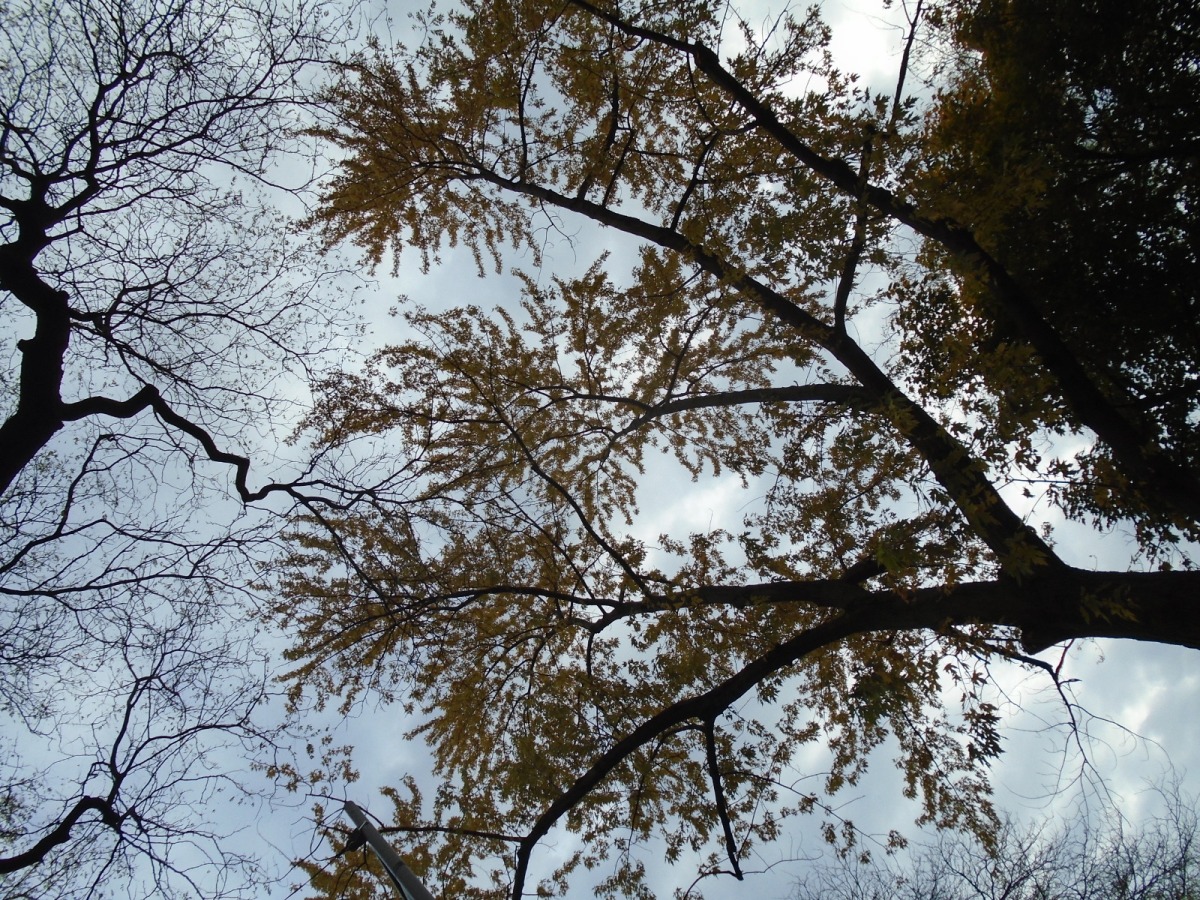 …the encircling trees above us like a surgical team caught mid-motion asking for the scalpel, please..

Of course, the message really is ambiguous. If you happen to like or approve or otherwise support Donald Trump, you can take this as a draining the swamp metaphor, rehabbing America, making it like new if not great. On the other hand, I see an American flag over-filled with garbage, a disrespect made invisible by social superiority.

Social superiority? I mean this in a visceral, primate pecking-order sort of way, though it does translate into more abstract and generalized phenomenon, such as class, race, gender, etc. etc. etc. But for now, think of two baboons doing a screaming dance to determine which of them is indeed the boss. If you take that as the root, the 21st Century practice of insulting the opposition rather than persuading them becomes a lot more understandable… at least to me.

Disrespect? Well, legislation is partly an expression of that “screaming dance” and there is in the United States a Flag Code as to how one is supposed to treat or not treat the U.S. Flag, most relevantly:

“The flag should never be used as a receptacle for receiving, holding, carrying, or delivering anything.

“The flag should never be used for advertising purposes in any manner whatsoever. It should not be embroidered on such articles as cushions or handkerchiefs and the like, printed or otherwise impressed on paper napkins or boxes or anything that is designed for temporary use and discard. Advertising signs should not be fastened to a staff or halyard from which the flag is flown.”

There’s actually a lot more to it. If you want to get out into the weeds, you can find it all HERE.

To be fair, almost no one outside of government organizations and political professionals has been paying much attention to the Flag Code… not even conservative America… except when it relates to something they disapprove of.

On the other hand, if you’re going to the trouble of flying the U.S. flag, is it too much to ask that it be done with some attention to the Flag Code? Or is your patriotism not much different than your identification with the local sports team?

“What if plastic could be integrated into sea life? The Beauty directed by Pascal Schelbli is a poetic journey through the oceans, which are simultaneously stunning and filthy. Discover a world where concerns and fears dissolve into the mysterious depth of the polluted blue sea…”