There is something about this image that is moodily autumnal. It is a snow fence, erected across the beach at Loyola Park. This is how they attempted to control / preserve the sand at the beach for many years. I don’t believe they ever entirely abandoned their use, but my impression is they were hoping that beach grass (plus volunteers) might hold the line at less expense. It works, sorta, except that Mother Nature would decide that the best spot for a primary dune would be… the sidewalk and park benches. So maybe reviving the snow fence will give them more control? We’ll see.

I know very little about the dog, only that it was quite pleased at spending time at the beach. 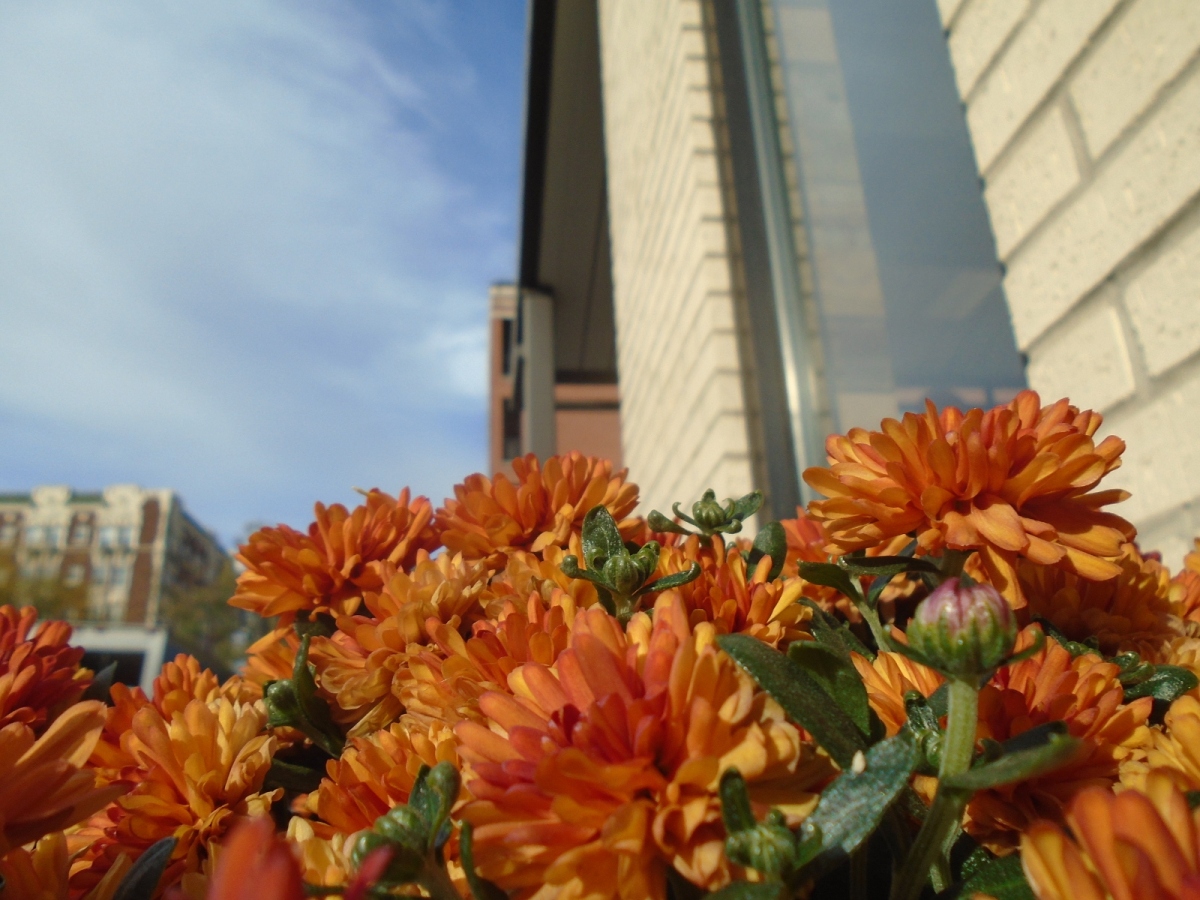 “They were growing along Morse, Mum.”

These images were taken in my immediate neighborhood in Rogers Park. Sunlight does wonderful things to leaves, especially in the autumn. 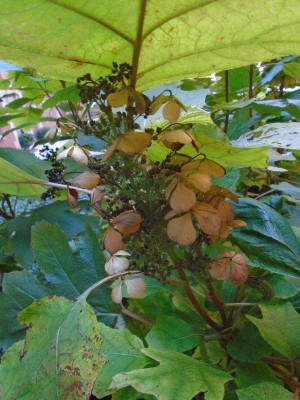 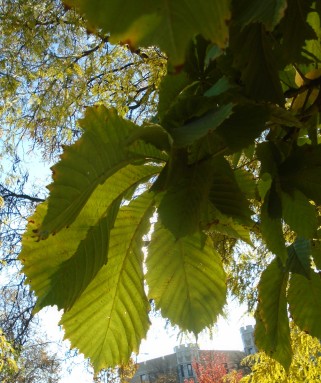 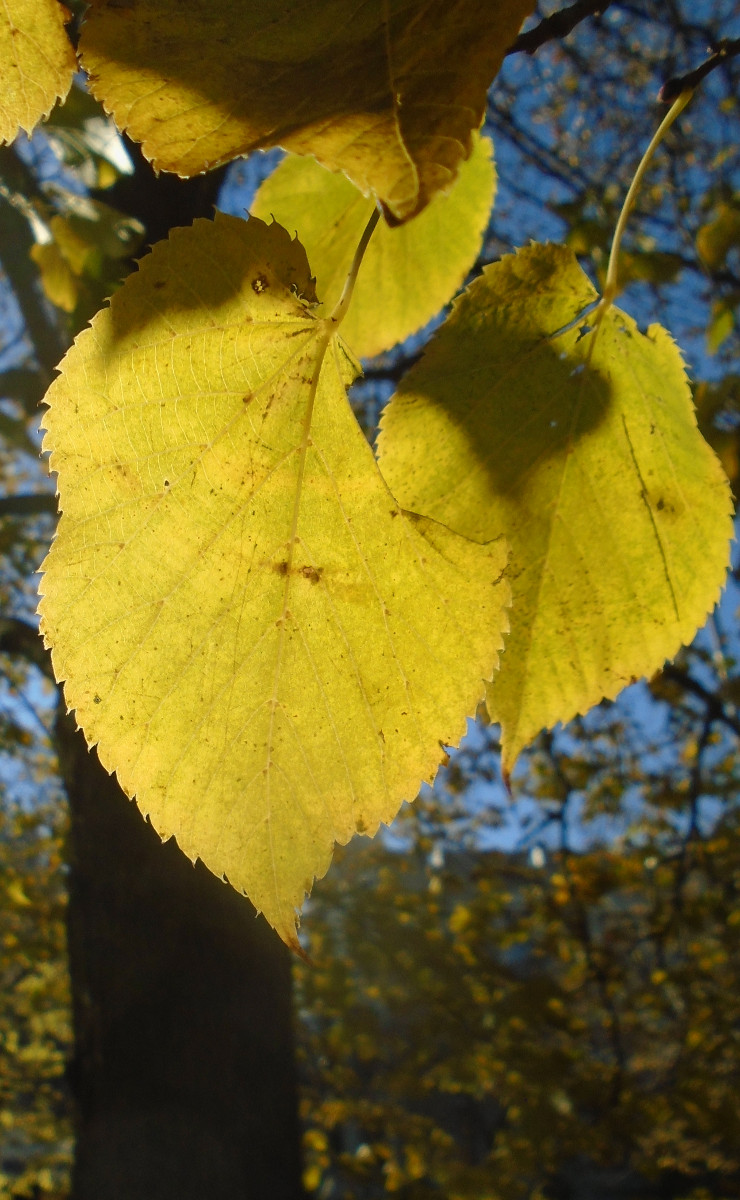 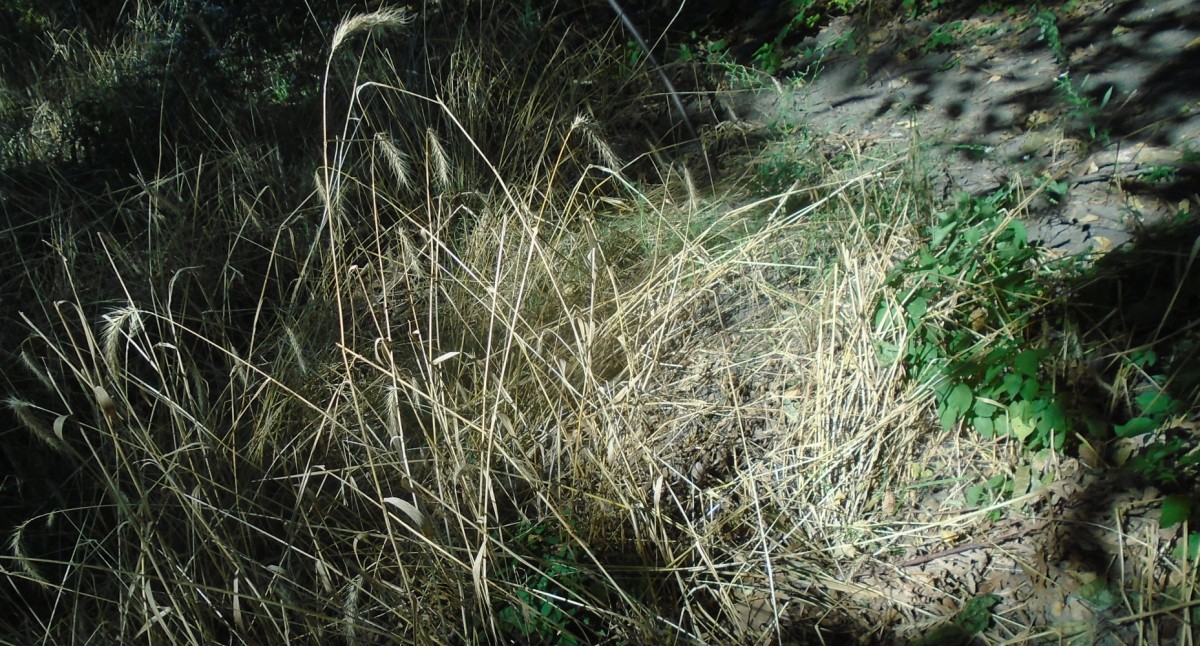 What I tried to capture was the way the gone-to-seed grasses glowed in the afternoon sun, contrasting with the cool shadow all around. There’s at least a hint of that in the photo, but it was an electric moment that, for me, the photo is only a reminder. Perhaps I am remembering only what is important but not the busy, messy actual… 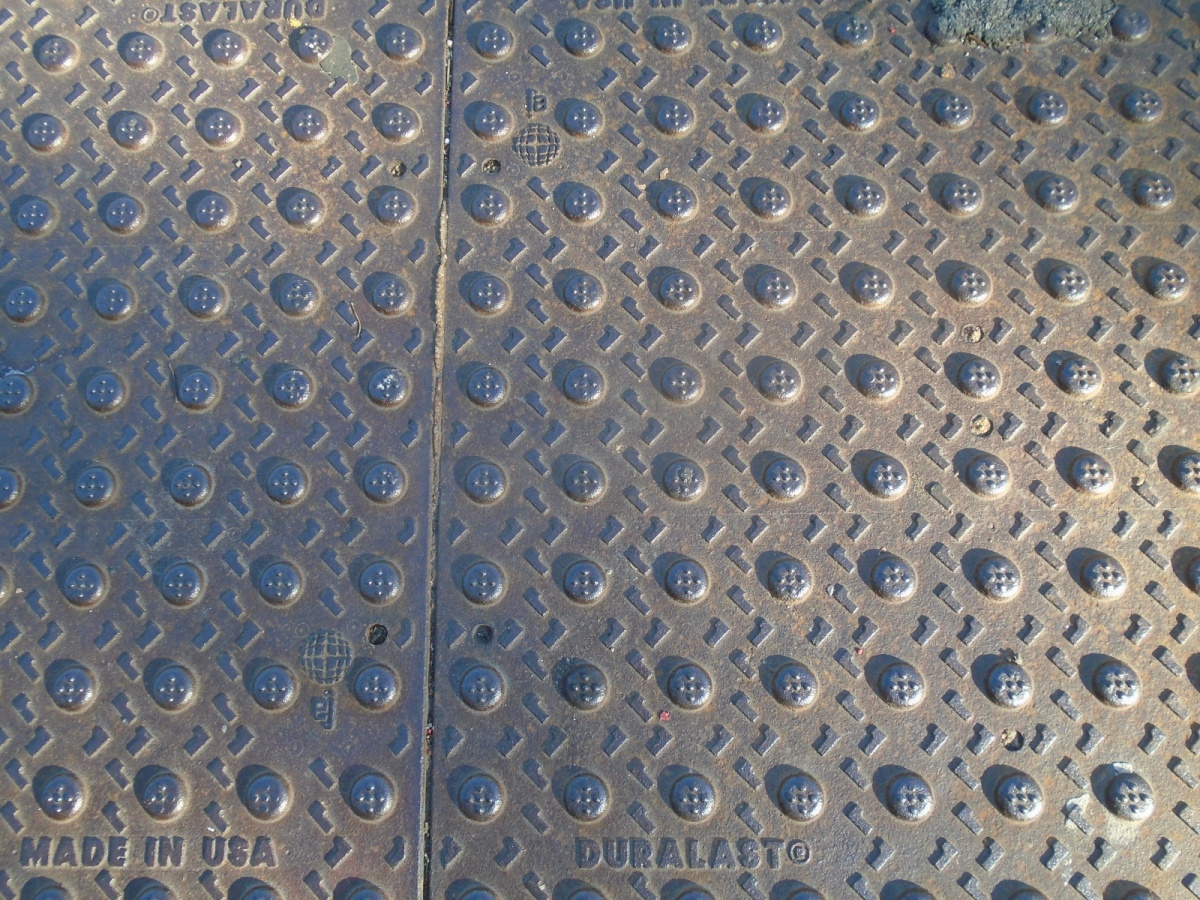 I became ill several days ago. Oh no… I’ll not burden you with a mantra chant of symptoms: coincidental or otherwise, imaginary or all too real, amusing or gross.

So what is wrong and what of it?

How can I tell you? I mean… I do not know. Could be one thing. Could be another. Could be several things. A label would be idle speculation.

And so what of it…

Simply that it slowed me down… Yet that only made a small difference in what I’ve accomplished. No, this is not a triumph. Rather it is that I was already moving that slow.

These were mostly taken in Loyola Park in Chicago’s Rogers Park neighborhood.

(Ah, yes… Chicago, the city in a garden: Where every neighborhood is a park and every street is an avenue — except when it is a boulevard or a parkway. Ka-ching.)

These photos indulge my fascination with the networks formed by tree limbs… They seem so much like a human life, with its accommodation to the prevailing winds and the deadend branches, the choices that lead straight forward, the choices that lead to right-angle changes… All your possible lives, long and short, laid out before you. 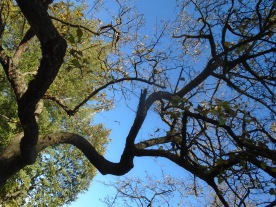 The Masque of Zorro peers down from a tree. Photo by Roman.

Jimi Hendrix use to sing, “Are you experienced?” Yeah, here are more of those glass bricks that I go on and on about. I trust that if you answered Hendrix with an affirmative, you’ll understand. If not? Well, imho they’re pretty cool anyway. Enjoy. 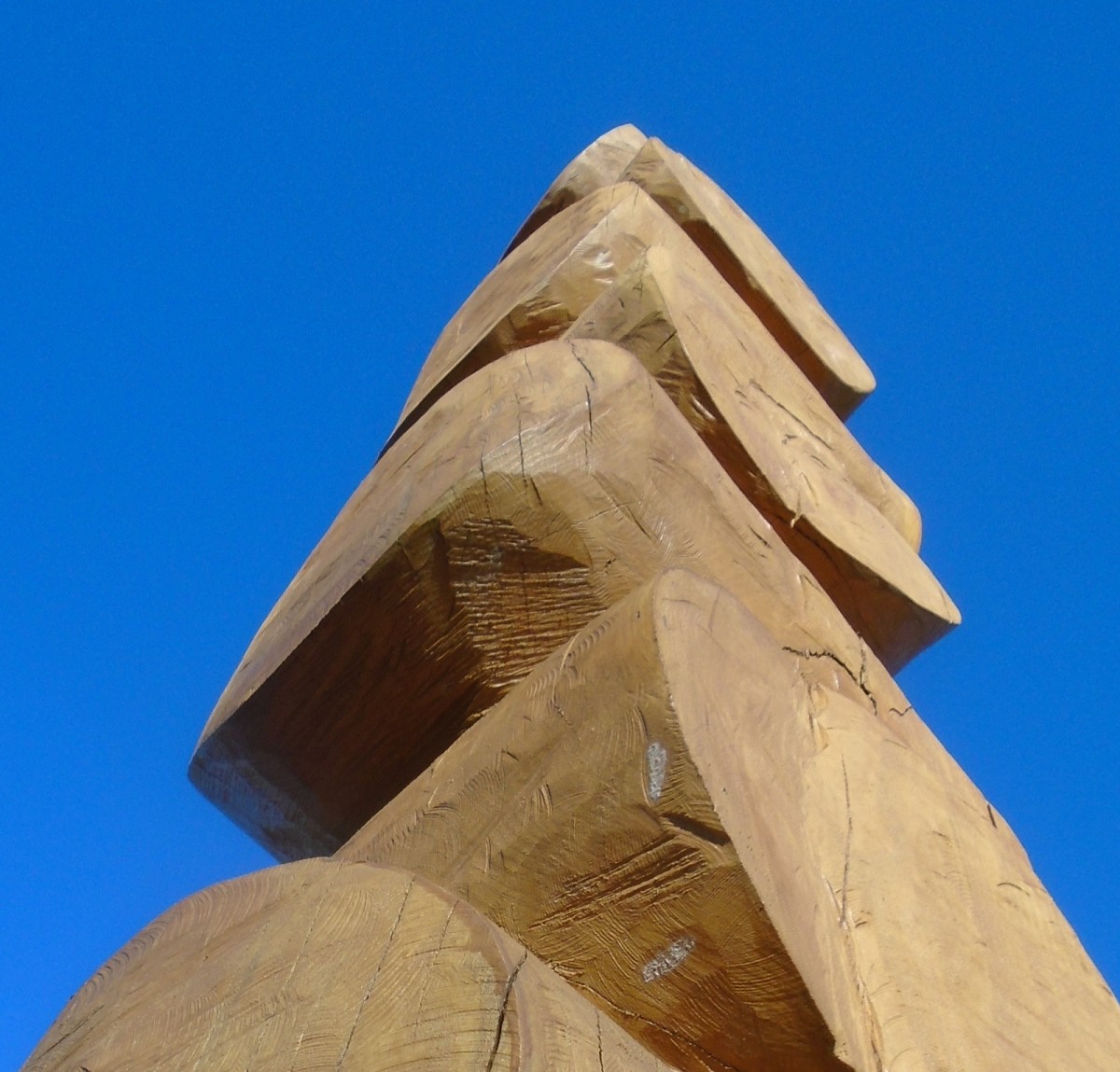 Loyola Park has a new tree sculpture, this one by Plamen Yordanov. It’s located about where the Park District had, some years ago, proposed building a new comfort station. The sculpture was formed from a dead Park District tree.

There is an ongoing program to turn deceased trees into art called the Chicago Tree Project. Certainly this is not the first tree sculpture that has graced Loyola Park. The earlier one was sculpted on the spot from a tree next to the field house. This was done sometime in the 1990s, and the work weathered away years ago.

I’m not all that impressed with this new work. It somewhat resembles a totem made of Lincoln Logs, appropriate for Illinois, I guess, but what caught my attention was mostly the milling marks on the wood.